In search of lost sense or the adventures of interpretation 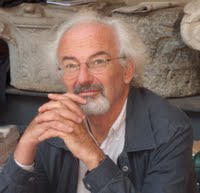 Professor Ugo Volli is born in Trieste, Italy. In 1967 he graduated from classical Lyceum in the same city and then studied philosophy at the State University in Milan . As a student has some special qualities and in 1971 along with Umberto Eco create the first and most authoritative semiotic magazine today Versus - Quaderni di studi semiotici. In 1972 he graduated and began working as an assistant in the Department of logic. Between 1973 and 1976 worked in Bompiani publishers. Between 1976 and 2009 is a permanent theater critic of the newspaper La Repubblica.

Between 2006 and 2012 is president of the Reformed Synagogue "Lev Chadash". Volli writes on issues of Judaism and the Middle East in "Pagine ebraiche", "Moqed", "Informazione Corretta" (the pages of this site it supports geopolitical theory of Eurabia on Gizele Litman and Oriana Fallaci .

1983 taught Philosophy of language in the Faculty of Philology and Philosophy at University of Bologna, where theaches  courses on Structure figuration (in DAMS , in 1976-1983), and cooperates to ISTA ("International School of Theatre Anthropology" directed by Eugenio Barba ).

Guest professor in Brown University in Providence , NBU Sofia, University of Haifa and Helsinki (Department of Industrial Design ) is part of various committees on accreditation of studies in other universities.