The organizer of the congress is the Southeast European Center for Semiotic Studies (SEECSS) at New Bulgarian University (NBU), Sofia. The center was founded in 1998, but even before that, since the first years of the existence of NBU, semiotics was among the most important disciplines in its study programs. Major role for the affirmation of semiotics at NBU has its founder and president prof. Bogdan Bogdanov, the international support of the honorary doctor of NBU prof. Thomas Sebeok during the nineties and prof. Maria Popova, then dean and the first director of the Semiotic center. Bogdan Bogdanov and Maria Popova are representatives for Bulgaria in the IASS/AIS Executive Committee.

Since 1995 SEECSS organizes the famous International Early-Fall School of Semiotics where during the last 20 years more than 100 leading international scholars have taught, more than 300 international and 300 Bulgarian students followed their lectures, seminars and workshops.

Since 2007 Prof. Kristian Bankov is the director of the center. Together with theoretic interests the research field of SEECSS was opened also to applied semiotics. New master program with large use of marketing semiotics was launched, since 2010 was opened a Sociosemiotic laboratory where students and PhDs are involved in concrete research projects in qualitative and quantitative semiotic research. Between 2009 and 2012 the Center together with partners from Turin, Tartu and Lapland have developed the first international PhD program with vocational orientation – The European Mind: Doctoral Studies in Semiotics for a Knowledge and Value Based Society (www.semknow.eu). The major theoretical interests in our research seminars are sociosemiotics, textual semiotics and Peircean studies, the major field of applied semiotic research are the new media, marketing communications, consumer and culinary culture and semiotics of education.

Kristian Bankov (born 1970) is full professor in Semiotics at New Bulgarian University and director of the Southeast European Center for Semiotic Studies. He is the leader of the organizing team of the congress. His interests in semiotics started during the early nineties when he was studying in Bologna, following the courses of Prof. Ugo Volli and Prof. Umberto Eco. He graduated in 1995 and since then he is teaching semiotic courses at New Bulgarian University. In 2000 he defended a PhD in Helsinki with Prof. Eero Tarasti. In 2006 he got a position as associated professor in Semiotics and in 2011 as a full professor.

Kristian Bankov has written 4 books and numerous articles in Bulgarian, English and Italian, he is carrying on a huge international activity; since 2006 he is the person in charge for the organization of the international Early-Fall School of Semiotics (EFSS); since 2007 he is representative for the Balkans in the IASS/AIS Executive Committee. 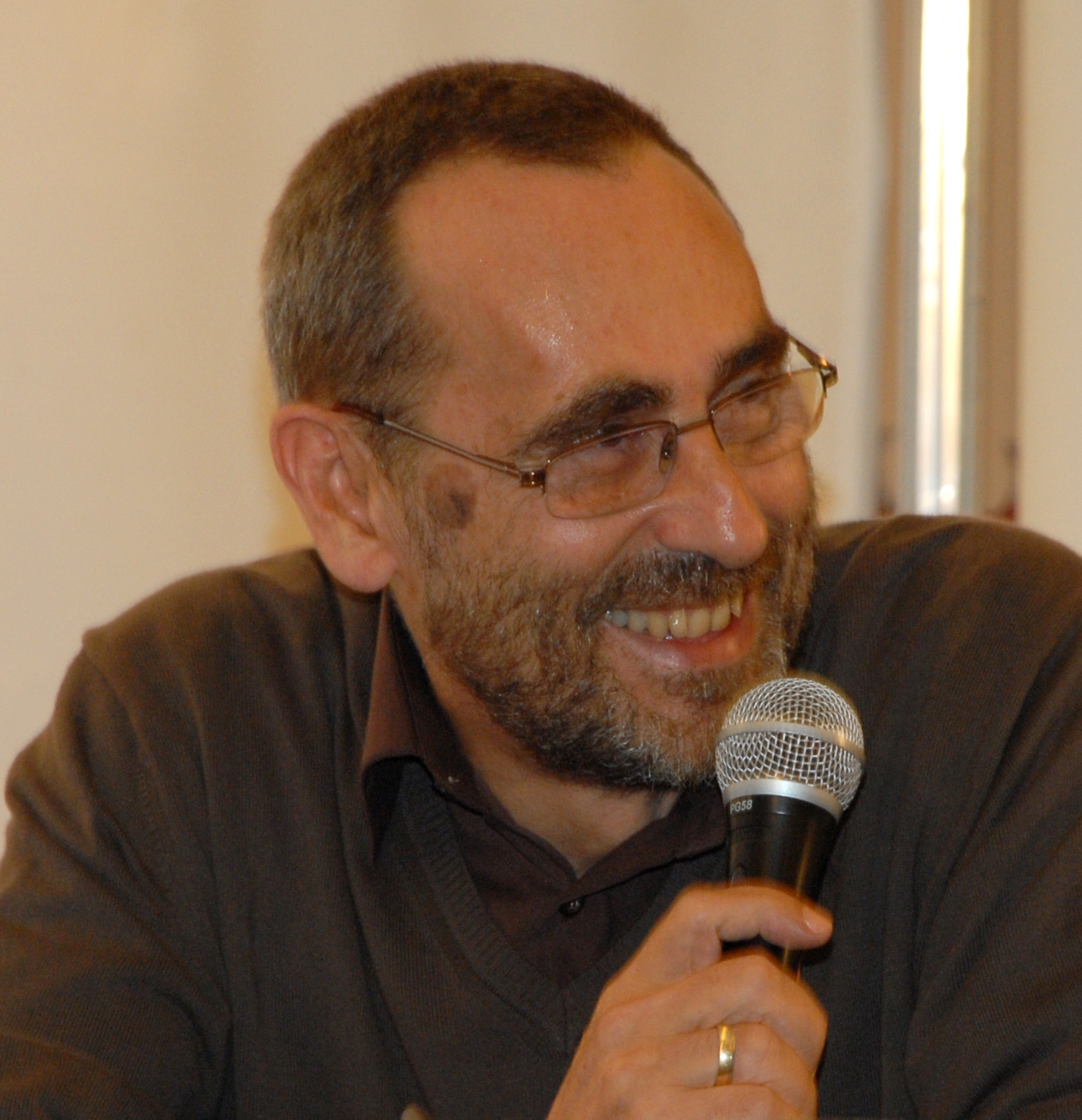 Mony Almalech (born 1954) is full professor in General and applied linguistics at New Bulgarian University. He holds M.A. in Bulgarian Philology (1977, Sofia University “St. K.iment Ohridski”), Ph.D. (1990, Bulgarian Academy of Sciences), Dr. Habil. (2006, New Bulgarian University, Dissertation on color in the Pentateuch). In 1999 he got a position as associated professor and in 2007 as a full professor. He was member of Southeast European Center for Semiotic Studies (2005-2010) and as a member of New Bulgarian Studies (2010 up to now) he constantly works cooperatively with the Semiotic Center.

His interests in semiotics started in his student times when the semiotic thinking carried off him to the sign status of the natural language and the visual phenomena. His scholarly development was influenced by a two-year specialization with Professor Dimitri Segal (1993-94) at the Hebrew University of Jerusalem. Scientific interests - Bulgarian language, Hebraic studies, Semiotics.

The interdisciplinary semiotic analysis of color is a distinctive feature of his numerous monographs and articles (in Bulgarian and in English) on color in folklore, literature, Bible, and advertising. His knowledge of Hebrew has allowed him to analyze the original text of the Bible in comparison with various translations, applying the tools of linguistics and semiotics. 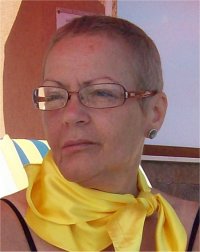 Boyka Batchvarova (born 1955) joined the Southeast European Center for Semiotic Studies at 2004. Between 1998 and 2004 she worked for New Bulgarian University in the Assessment Center of NBU (Chairperson for Methodology of Education and Evaluation, Test Sessions Manager for Bulgarian language skill tests, Foreign languages skill tests, Computer skill tests). Between 1980 and 1998 she worked for the Department for Language Teaching and International Students of Sofia University as a Research Fellow in the Laboratory of Applied, Math & Socio Linguistics & Senior Assistant Professor.

Reni Yankova (born 1985) is third year PhD student in New Bulgarian University (NBU), Sofia. She had bachelor of Public Relations and master of Advertising and Lifestyle – a program of the South-East European Center for Semiotic Studies at NBU. But she was always interested in philosophy and semiotics. Her increasing interest in Charles Peirce’s work started with the quotation “How do we know” and that made her think about the problems of mind evolution, knowledge and habits. That was why she chose the title “Pragmatism and semiotics. Habit and ritual in Charles Peirce’s philosophy” for topic of her PhD thesis. Her responsibilities during the initial phase of the Semio2014 organization will consist in the administration of the discussions on Theoretical semiotics, …. and to answer to all inquiries of candidate participants in the congress. She is fluent in English.

His main research interests are in the field of Internet linguistics, Internet semiotics and social construction of virtual worlds. He is also interested in linguistic anthropology, pragmatics, computational and cognitive linguistics, (post)structural narratology and philosophy of Self.

George has been teaching courses on Internet communication (for graduate M.A. students) and IT (for undergraduates) in University of Plovdiv since 2011 and on Bulgarian language and presentation skills (for undergraduates) and Semiotics of Internet communication (for B.A. and M.A. students) in New Bulgarian University since 2013.

His responsibilities are managing the social media strategy for Semio2014, answering to all inquiries of candidate participants and administrating discussions on Google+ and Twitter.

He is fluent in English. 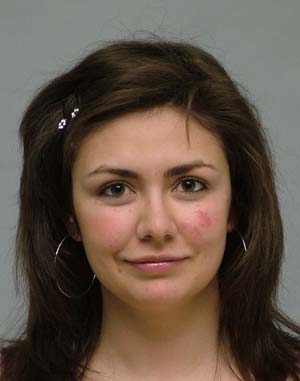 Yagodina Manova (born 1985) is a first-year PhD student. She is interested in social semiotics and semiotics of new media. The aim of her PhD thesis is to investigate how the brand communication has changed with the development of new communication channels – websites, social media, blogs, etc. Her interest in how people use media to express their opinion and how the different communication channels are being used to shape people’s perceptions by companies started during her Bachelor’s degree in the Faculty of journalism and mass communication.  She received her Master’s degree in Advertising and lifestyle at New Bulgarian University. Her responsibilities during the initial phase of the Semio2014 organization will consist in the administration of the discussions and to answer to all inquiries of candidate participants in Spanish. She is also fluent in English. 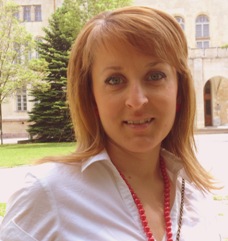 Daffi Sidova (born 1983) - Bachelor degree of Public Administration and Master degree of European governance (NBU). Member of the Student Council of NBU (2009-2010) and of the Academic Council of NBU (2010-2011). Two years’ experience as a secretary in the Graduate School of NBU.

Fluent in English, she will help with the congress management. 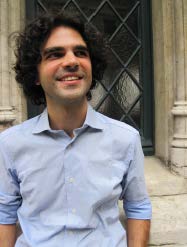 Gabriele Marino (born 1985) is a PhD candidate in Semiotics at the University of Turin, Italy. He is working on a project on the rhetorics of “the new” and “innovation” in music, with dubstep as a case study, tutored by Prof. Guido Ferraro. He is mainly interested in sociosemiotics and popular music studies. He has written about music criticism, improvisation, genre theory, intertextuality, electronic popular music, theoretical issues in the semiotics of music, Internet memes. He graduated in Communication Studies in Palermo with Prof. Ivano Cavallini, defending a thesis on the reviews of imaginary records in rock journalism (BA, 2008), then published as “Britney canta Manson e altri capolavori” (“Britney sings Manson and other masterpieces”, 2011), and a thesis on John Zorn (MA, 2011). He runs the social networks activities of “Lexia”, the international review published by the semioticians of the University of Turin, and he is editor of the music magazine “Sentireascoltare” and of the journal of music studies “Analitica”.