Forms of living and the semiotics of culture 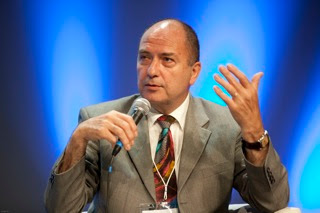 Jacques Fontanille is a French semiotician who is one of the main exponents of the Paris School of Semiotics. He has authored or co-authored ten books and a number of articles or book chapters whose topics span theoretical semiotics, literary semiotics, and semiotics of the visual. A former student and collaborator of the founder of the Paris School of Semiotics, A. J. Greimas, Fontanille is one of the main continuators of Greimas’ research program as he collaborated with him in his last published works, and assisted him in the administering and organizing of the Inter-Semiotic seminar at the École des Hautes Etudes en Sciences Sociales (EHESS) in Paris. After Greimas’ death, the course continued under Fontanille’s mantle until it became his own seminar at the Institut Universitaire de France.

He holds Doctor's degree in 1979 and Ph.D. in semiotics in 1984, a lecturer at Limoges in 1987, where he created a Linguistics department. Associate Profesor of Modern Languages in 1992, taught in Poitiers and Limoges, and the University of Limoges. He is now an honorary member of the Institut Universitaire de France (Chair of Semiotics).

Professor and Président (2005–2012) at the Université de Limoges in France, where he teaches courses in Linguistics, Semiotics, Stylistics, and Rhetoric. He is a Senior Member of the Institut Universitaire de France. With Greimas, Fontanille elaborated a semiotics of the passions. With Claude Zilberberg, he developed a tensive semiotics.