A sketch of a Social Semiotics: questions and directions 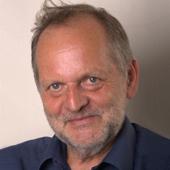 Before moving to London, Gunther Kress lived in Australia where he served as Dean of Communication and Cultural Studies at South Australia College of Advanced Education, Dean of Faculty of Humanities and Social Studies at New South Wales Institute of Technology and Assistant Vice-Chancellor at the University of Technology, Sydney. Currently Kress is a professor of English in the Institute of Education and Head of the School of Culture, Language and Communication at the University of London. He is also the director of 'The Production of School English' Project and the co-director of 'Biliteracies' Project, which are both funded by the Economic and Social Research Council (ESRC). Kress' research covers a wide range of topics from semiotics to media literacy and from education to multimodality. What is common to all is his claim that writing, speech and visuals have different functions. He argues that in the age of multimedia, due to the advanced technology, writing is no more the most important means of communication, especially on the internet where images and sounds are combined with written texts. Kress explores the effects of images, colors and words on the processes of learning and knowing and adopts his theories to education.

Gunther Kress started his academic career as a linguist in the late 1970's. Later, he moved to the study of images and together with his co-author Theo van Leeuwen, he has focused on visual modality in order to analyze the grammatical rules of images. For Kress, the shift of emphasis in his research from linguistics to visual communication is a deliberate one since he argues that in the age of multimedia, language is "no longer the carrier of all meaning" (2000, 339); and therefore one must also look at other modes of communication.

In Multimodal Discourse, Kress and Leeuwen present the multimodality approach, "which deals with all the means we have for making meanings – the modes of representation - and considers their specific way of configuring the world" (2001, 15). As they focus on a variety of texts including videogames, CD-ROMs, biology books and drawings, they show that images, graphics, even sounds are as important as language in order to convey a certain message.

Kress also investigates the uses and constraints of different modes of communication in education. In various research projects at the University of London, Kress and his students focus on a variety of subjects from e-learners' experiences to the changes in representation in the school textbooks within a multimodal perspective.

Moreover, in Multimodality: Challenges to Thinking about Language, Kress argues that one should understand the effect of all modes of communication in order to understand language and its uses. In this article, Kress focuses on the writings and drawings of 13-year-old children as a case study to show his reader how writing, image and speech have different features and functions. He claims that "image is spatial and nonsequential, and writing and speech are temporal and sequential" (2000, 339). In his understanding, this difference is crucial for representation and communication since it affects one's knowledge as well as engagement with the social and natural world.