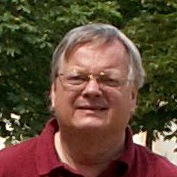 Göran Sonesson, born 1951, is a semiotician specializing in pictorial, cultural, and cognitive semiotics. In recent years, he has also been concerned with the epistemology of semiotics, mainly on a phenomenological basis, as well as with an evolutionary foundation for semiosis. His main book-length work is Pictorial semiotics (LUP 1989), which, among other things, is the most explicit argument published so far against the structuralist critique of iconicity, and in a defence of a phenomenological-ecological view of perception and the world taken for granted. Sonesson has published numerous articles in many anthologies, as well as in journals such as Semiotica, VISIO, Sign System Studies, Degrés, RSSI, Signa, Signata, and Cognitive Development. He was one of the founders of the International Association for Visual Semiotics (AISV/IAVS), and has also been active in the boards of International Association for Semiotic Studies (AIS/IASS), the Nordic Association for Semiotic Studies (NASS), and the International Association of Cognitive Semiotics (IACS).